The Cleaner is the first book in the John Milton series by John Dawson.

The backstory is given within the first three chapters in a conversation between Milton and his boss codenamed Control.

Milton was ex-special forces who was selected by the UK Government to remove nasty individuals. Codenamed Number One, Milton spent a good number of years eradicating targets by any means necessary and getting shot, knifed, and beaten in the process.

After a hit in France, Milton decides to hang up his holster, and return to civvie street.

Except no one leaves the service and the powers that be decide Milton has become a liability and needs to be removed from society too.

A chance saving of a female from suicide leads Milton to protect the stranger and try to turn around her son’s life who has become drawn into gang life.

I’m sure many countries do have assassins that maraud the world but there was something that didn’t quite click in The Cleaner and it was hard to care about Milton.

The gang story works up to a point and then falls apart and goes from strong to weak in a matter of pages.

I didn’t believe the story crux (hitman wants out and becomes the hunted) and felt the ending had an unnecessary death of a main character.

The Cleaner was a quick and predictable read. 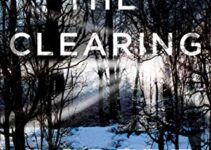