Strong opening before the story slides into unbelievability, predictability, and disappointment.

Young FBI agent, Emma Griffin, is sent to a town that has suffered a series of unexplained disappearances and a couple of deaths.

Local cops portrayed as unable to tie their own shoelaces (a common mechanism in many thrillers) hence the need to send in a female agent undercover, unarmed, without support, and staying in a remote cabin in the woods during winter with patchy mobile coverage.

Our intrepid agent doesn’t seem too fazed about being shot at, followed in the forest, someone dying on her porch etc.

A Scooby Doo ending i.e. the culprit reveal was easy to guess through the process of (limited) character elimination.

What happened to the people who disappeared led to another bout of incredulous head shaking. Some plot holes and bits not tied up. It’s the latter that annoy me intensely in any novel.

It’s such a pity because the opening showed huge promise.

It didn’t work for me. Sorry. 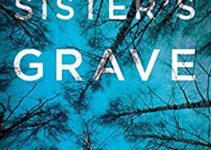