Home
Amusing
Friends: The One Where I Give A Brief Review
Tags:Best, Fiction, funny, Humor, TV Series, Watchable

I recently binge-watched the TV series Friends, one of the most popular TV series of all time running for 10 seasons from 1994 to 2004. According to Wikipedia, Friends was nominated for 62 Emmys, and 52.5 million viewers in the U.S. watched the finale.

I first watched the series on TV, then got every season on VCD (disc technology between laser discs and before Blu-ray and DVDs) and finally watched every episode on Netflix again.

Again, I found the first three series were the best, while the following seven were excellent but never quite reaching the same level. That’s not to say the storylines weren’t strong, or the humour dipped. There was just a sense of the show not having the same head rush as the first three.

My one bone of contention with the series (apart from Marcel the monkey and the Emily character) was the dumbification of the Joey character from the fourth season onwards. Oh, and all that ‘we were on a break!’ stuff that kept returning and becoming tiresome.

Yet Friends was groundbreaking at the time and is still revered today by millions of fans around the world. The show was shot in front of a live audience and their reactions add more to the watchability and fun. I also revisit the blooper reels of each season as these are killingly funny too.

The show has many endearing qualities and is testament to the skills of the writing room to produce and develop each character’s personality and storylines over the years. If you were ever looking for an uplifting, humorous TV show, this is it.

*Extraordinary. It never registered that Phoebe’s character had a double-barrelled surname and I only ever knew it as Buffay. 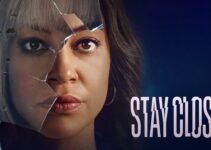 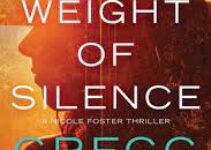